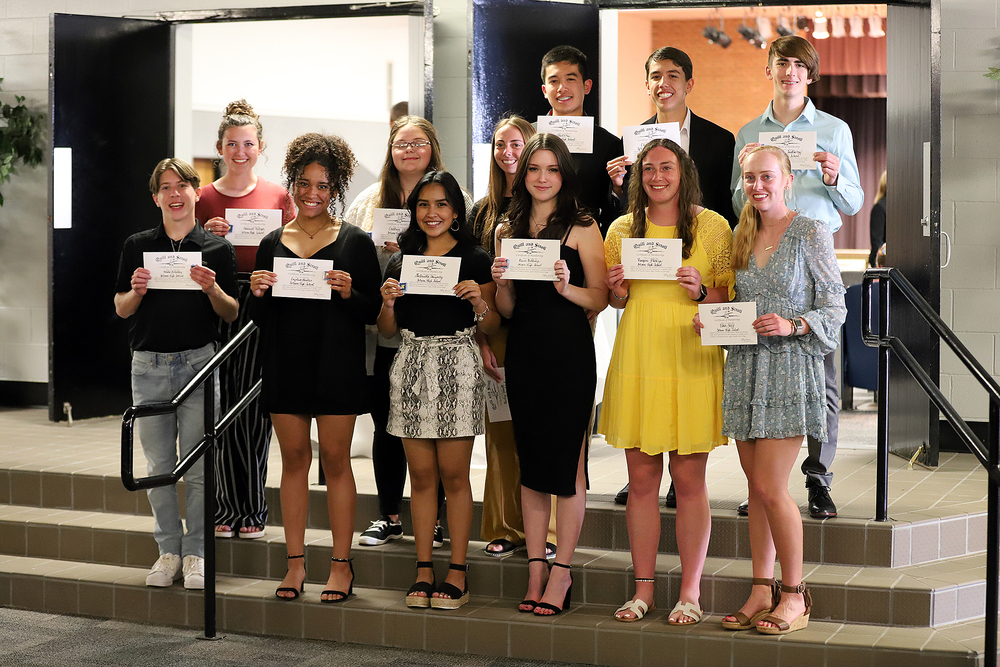 On Monday, March 29th, Forsan High School held its very first induction ceremony for Quill and Scroll, known as the journalistic honor society for high school students. From 6 to 7pm that night, 14 students were inducted into the organization in the auditorium.

“Quill and Scroll is an honorary society that recognizes students who have done outstanding work in school media,” said Megan Harrison, the overseer for this organization at Forsan. “I was a member of Quill and Scroll during my high school years and I knew what a great thing this society was for me, so I applied for a charter membership for our school.”

During the ceremony, students who were nominated were recognized for their outstanding work and received several awards. “Family and friends were given a brief history of the honorary society. Students were awarded with certificates and pins, and then students were asked to pledge to uphold the values of the journalistic society,” said Harrison. “The students who were inducted were Blake Barclay, Hailey Beall, Cadence Claxton, Gabby Gonzalez, Enjolina Hawkes, Hannah Hillger, Ella Hoff, Charlie Huff, Orion Lin, Elliot Orn, Regan Phillips, Reese Rutledge, Mason Sedberry, and Jayden Tollison.”

As a member of this prestigious organization, each student will be responsible to uphold their values and skills to better help the school and their community. “Students in Quill and Scroll will participate in various activities, such as creating a style sheet that can be used in all media publications and performing philanthropic acts in the community and other things that will be discussed at the first meeting,” said Harrison. “Quill and Scroll will have its first meeting on April 7th during the first part of High School lunch. During that time, members will nominate and vote for chapter officers.”

There are several criteria a student must meet in order to be eligible for this organization. “In order for a student to be selected for Quill and Scroll, they must meet several qualifications,” said Harrison. “They must be at least of sophomore grade level, they must have a certain grade point average, and they must have contributed to journalistic media in some form.”