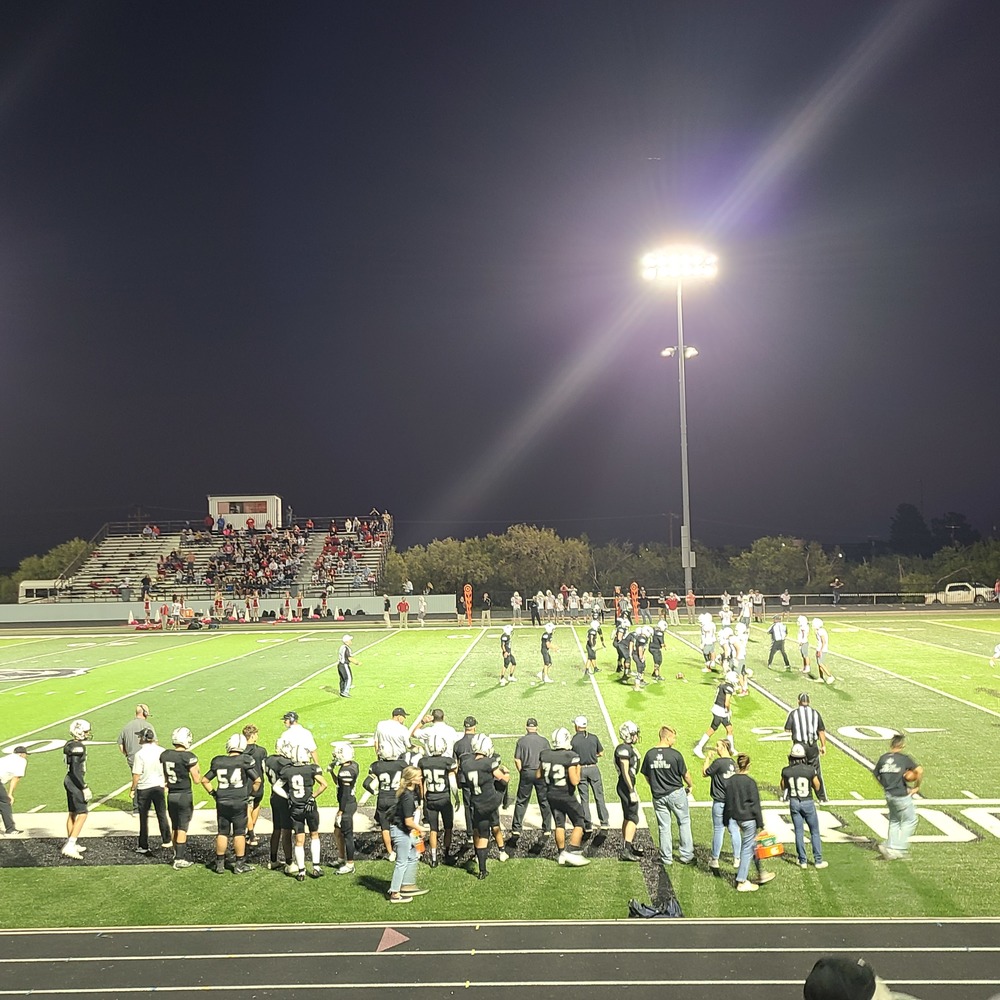 Forsan takes the win over Christoval

Football night in Forsan brought a battle of defensive game as the Forsan Buffaloes went head to head with the Christoval Cougars. In the end, the Buffaloes came out with the victory with a final score of 14-6.

Every advance that was made from the Cougars was met with resistance and for the most part stopped dead in it's tracks by the power force of Buffaloes Grant Roman and Nolan Park.
As the Fourth Quarter started the Christoval offensive line pushed their way inside the 10 yard line, close enough to smell a touchdown. Excitement began to rise as fans from both sides began to find the edge of their seats. The Cougars pushed hard, but the Buffaloes answered back pushing them through all four downs and bringing control of the ball to the Buffaloes.

Buffalo Kevin Kligora, #33, put Forsan on the board as he ran the ball in from around the 20 yard line. Buffalo Kicker Nolan Park added the extra point for a 7-6 lead.

Buffalo Bryson Kinsey, #16, drove another touchdown in from the Buffalo 30. Kicker Nolan Park once again did what he does best and knocked in the extra point for a 14-6 lead and 4:38 left in the game.

The final buzzer sounded before either team would find the endzone again.
The final score was 14-6 with the Forsan Buffaloes claiming the victory, putting them 3-0 in district play.